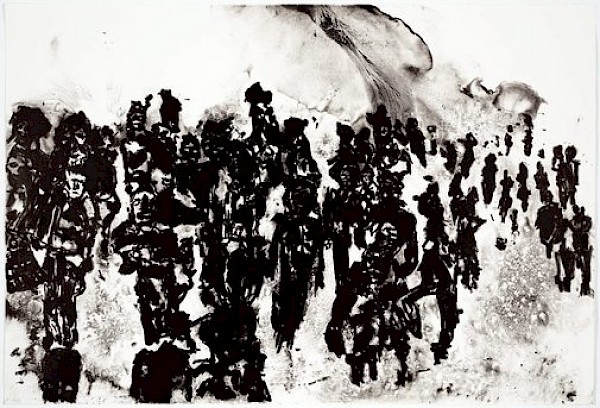 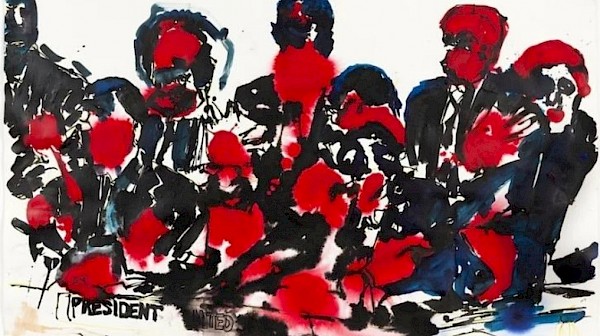 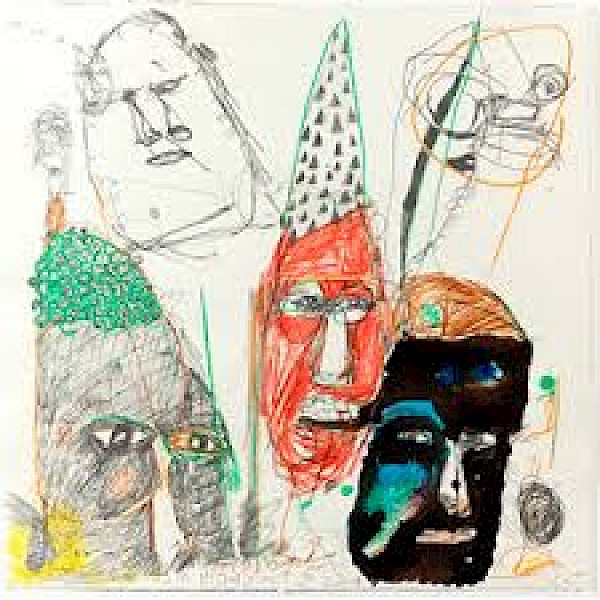 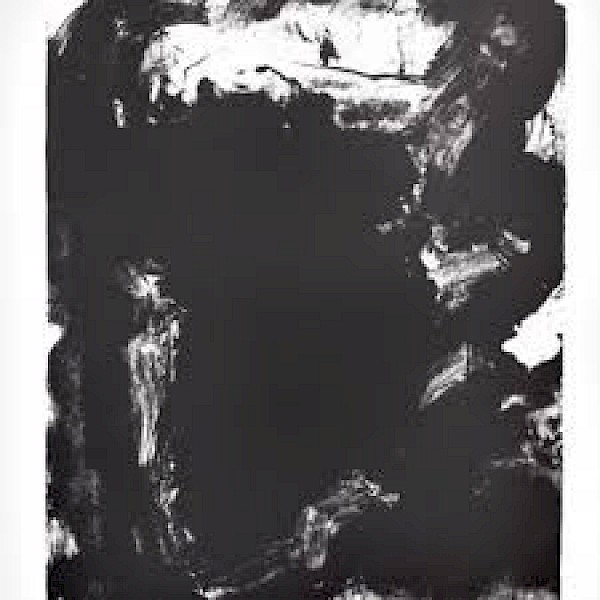 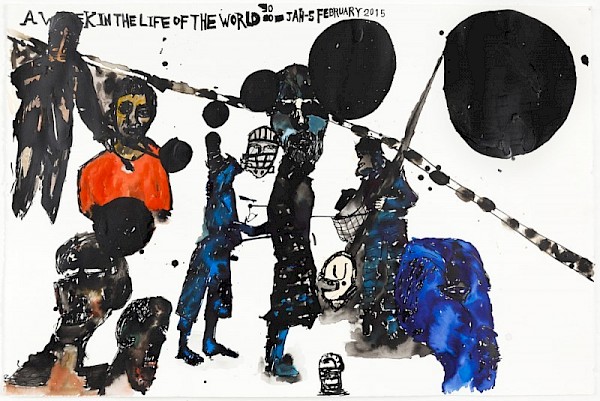 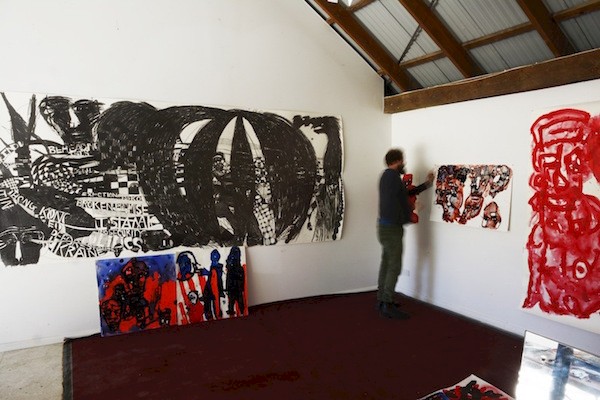 The work of Locust Jones is diaristic in tenor, unravelling in scroll-like swathes of tangled, drawn and painted forms that visit both a stream-of-consciousness urgency and messily modernist formalism along the way. Some of his works resemble ragged Picassos; others seem to veer closer to New York graffiti-scene artists such as Phil Frost; all harbour what is a stylistic bent very much of Jones' own. New exhibition Brain Fog is aptly titled to say the least. Rehashing and expanding daily news reports, newspaper headlines and photojournalism, these grittily expressionistic works unspool intermittently harried and harrowing narrative strands, headlines and evocations of news cycle noise. As such, they offer moments of crystallisation amongst the cavalcade of images and descriptors that otherwise pass us by under the shadow of desensitisation. Jones freezes the melange of fragments, and we bask in the discomfort of his troubling edit. Also included is a series of lithographic Head Studies, which prove some of his most economical and realised formal gestures to date.