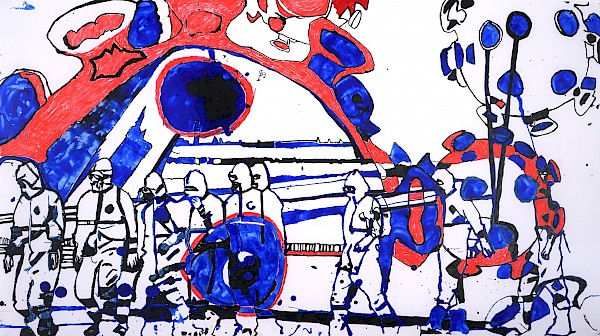 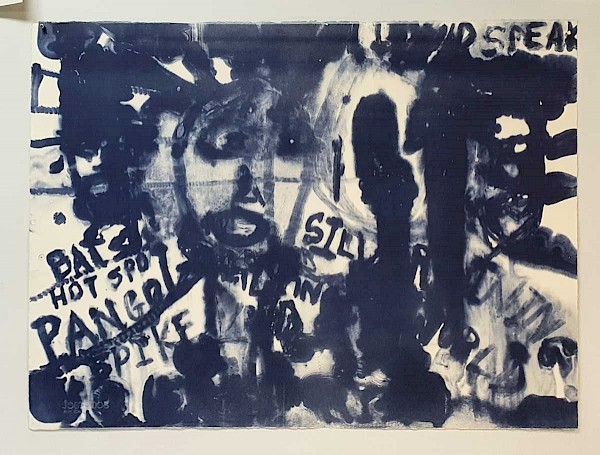 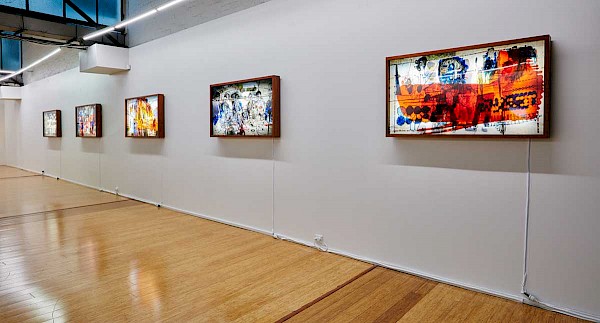 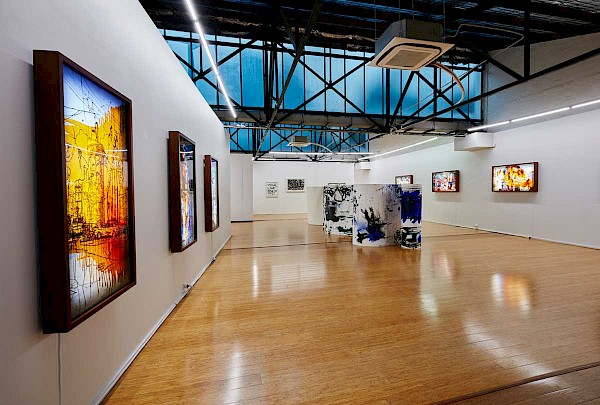 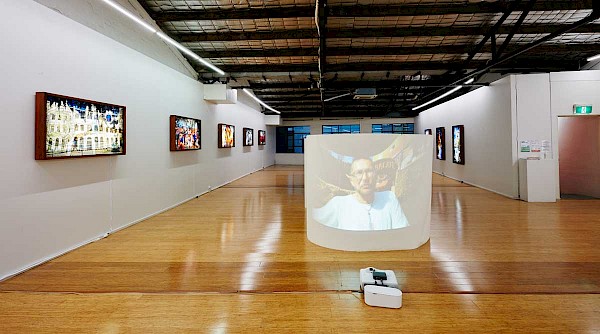 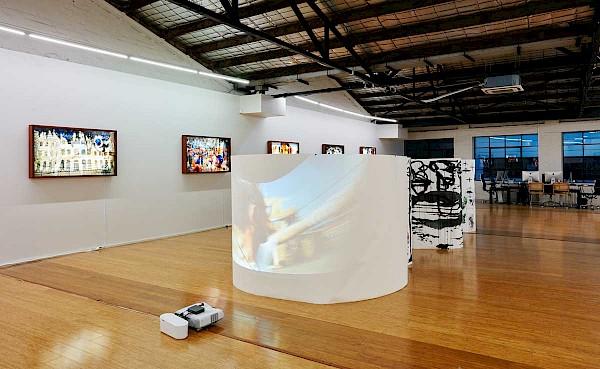 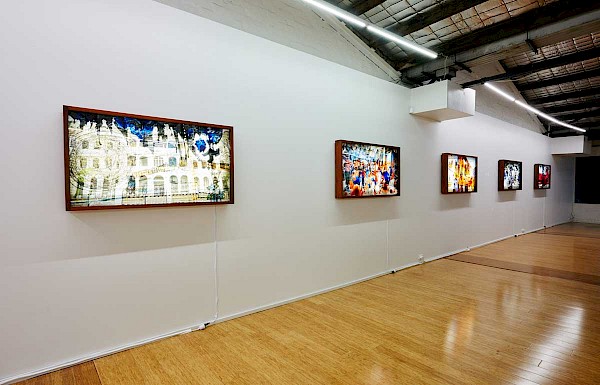 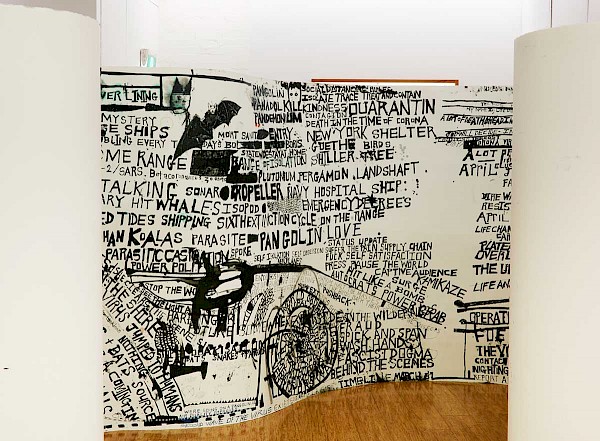 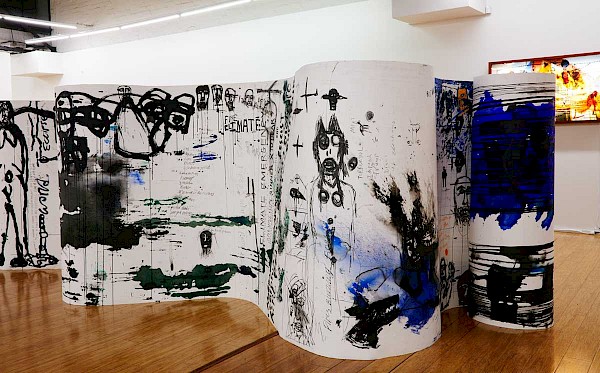 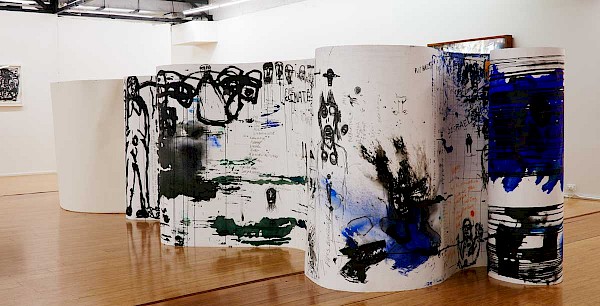 1.
The year is 2006. I begin a six-week internship at the features section of a Sydney tabloid newspaper. The newspaper’s office is an office pre-Twittersphere, pre-Facebook newsfeed, pre-Instagram, pre-the GFC &amp; the election of Obama, pre-Kevin07, pre-Donald J. Trump but post-The Apprentice, and three years after the invasion of Iraq. It’s a newsroom with all the hallmarks and clichés of Hollywood newspaper movies: rumpled beat reporters, mildly corrupt and severely sexist editors, an all-male phone tip-off desk, interns trawling through police reports and press releases, tape recorders, microphones, voices shouting out of phones, and people shouting at other people behind closed doors. An open plan office filled with chain-smokers, whose moral compasses have either disappeared or been shelved.
What do I learn in these six weeks?
That I won’t be a journalist.
That if I spend any longer in a newsroom, I too will take up smoking.
That the newsroom is defined by its own self-propelling (and addictive) energy—a circular momentum that masks dread and anxiety, that rises and recedes to the rhythms of the deadline (story deadlines, print deadlines, copy-edit deadlines, deadlines ad infinitum). The news cycle does not end. The news cycle is a current. All of those working in a newsroom, even if only for six weeks, find themselves unable to give up on this current—they leave with a feverish desire to check and recheck for breaking news, ever-prepared for flashing red-banners and alerts, attuned to the price-point of tragedy and gore. They know there is always something newsworthy happening somewhere, and they will always need to know first, so as to never be taken by surprise. It is always better to be ahead of the story than behind it.

2.
The year is 2020. The 2006 newsroom no longer exists. Most reporters and editors have been fired or laid off. The Op-Ed section reigns supreme. Advertising is dead and analytics are crucial. The news cycle is not a cycle but a feed, which consumes rather than reports. A feed that goes viral and spreads, like a vector, across the nodes of the internet. A feed directed by an unseen commercial algorithm that prioritises three outrage categories: politics / tragedy / crime. The news is defined by the trio of Zuckerberg, Dorsey, and Trump. The news is fake. The news is real. The news is hype. In 2020 we scroll through Tweets and Posts. We know that print is dead. The news is no longer a room but a feeling, which is with us, all the time. You cannot not know. If you don’t know you’re not engaged. If you don’t know you can’t share your allegiances. We are never behind or ahead of the story; we are inside of it.

3.
Enter Locust Jones and Situation Room and ‘Covid 19, six weeks in the life of a global pandemic from March 9 to April 20 and the mass media and states of Hysteria that accompanied this time’ (2020). Jones may well be inside the newsfeed as much as anyone else, but instead of sharing or retweeting, he is recording it. The first thing you notice when looking at Jones’ work is this process of attending—a process that slows the current instead of speeding it up. Jones is not a reporter who wants to be first on the scene, but a spy, an observer taking meticulous notes.
Standing in front of one of Jones’ ten-metre scrolls is like looking at the newsfeed’s ocean from a great height. At long last, we are outside, looking in. We see the arrival of the pandemic, its effects, its shudders and offshoots, our anxieties, our hubris, our mistakes: power grabs and supply chains, captive audiences and self-satisfaction, tourism and wildlife migration, uncertain times and market forces, worshipping and the end of globalisation. Jones takes the headlines and makes them real, forcing them into materiality and permanence—written in ink, they last longer. (There is, and perhaps always has been, something obsessive and compulsive about Jones’ notation. That the only way to make sense of the 24-news cycle is to beat it at its own game.)
Much has been written about how the human brain is incapable of parsing the contemporary digital information stream. We can view and share and comment on suffering at a mass scale; we are desensitised to violence and death and panic because of its ubiquity; we are at the mercy of tech-giants who have little to no interest in what their algorithms have unleashed. Jones takes this stream, pauses it, and re-presents it to us. Yes, it is still all there, all at once, but we are viewing it at a distance, and, because of this, the rhythms and overlaps can begin to coalesce.
But as much as Situation Room is a response to the global media cycle and its attention span, it’s also tethered to a specific geographical place. That is, many of the works sitting alongside ‘Covid-19’ were made in response to Jones’ visits to Lebanon, Palestine and Israel in late 2019. During this time, Jones travelled to Aida, a refugee camp in the city of Bethlehem, to the Sabra and Chatilla Refugee Camps in Beirut, to Hebron and Ramallah in the Israeli Occupied West Bank, and along stretches of the Beirut to Damascus Highway. Videos and lightboxes (which combine ink with photography) not only document these visits, but also build on Jones’ twenty-year history with Lebanon and its political struggles.
Here Jones is attending in much the same way he does in his scroll-works—recording a place and a people who have been at the mercy of the churning news cycle, whose political uprisings have been contorted to suit the whims of the Western media, and whose borders and lands are under continuous threat from Israeli invasion, occupation, and foreign interference. (The latest Middle East Peace Plan was devised by Donald J. Trump’s son-in-law, Jared Kushner; Benjamin Netanyahu set July 1st as the potential start-date to unilaterally annex parts of the West Bank.)
We now know that, instead of being a great international equaliser, the global pandemic will work to break apart the fissures that were already there. When Jones travelled to Beirut in 2019, Lebanon was seeing the beginnings of a mass protest movement. In July 2020, Lebanon is now experiencing a dramatic currency devaluation and a deep financial crisis, precipitated by years of government malpractice, and worsened by the global health emergency. Many of the works in Situation Room are retrospectively haunted by this present—like anything else made pre-February 2020, they represent a time before viral spread, before severe economic distress, and before an uprising gave way to sectarian unrest. It’s in this way that Jones’ lightboxes enter into conversation with the ten-metre scroll: there is the before, and then there is what it gave way to.
Pay attention to all of this, is what Jones seems to be saying. Look carefully at what is there, all together, and give it your focus. Do not rely on an algorithm or a headline or a Tweet to do this work for you. ‘Today’s news’, as the old saying goes, ‘is tomorrow’s history.’