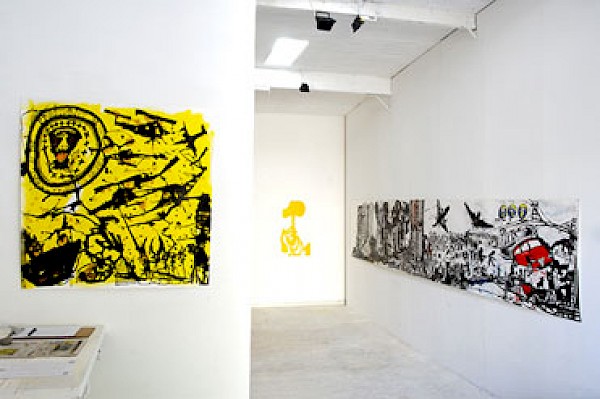 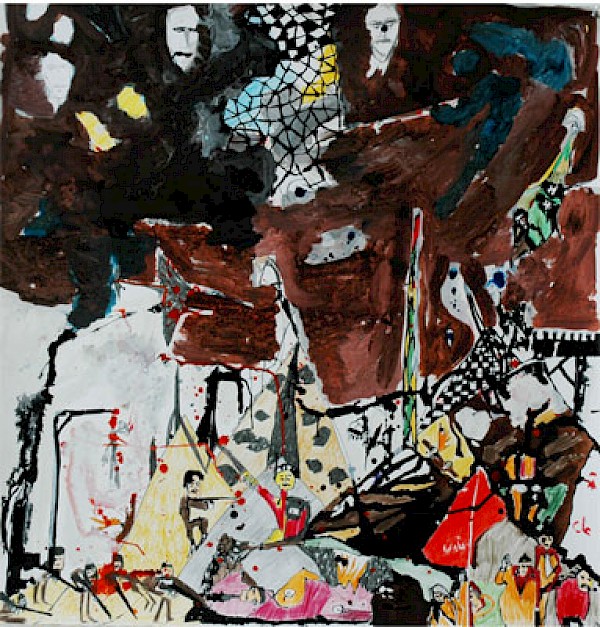 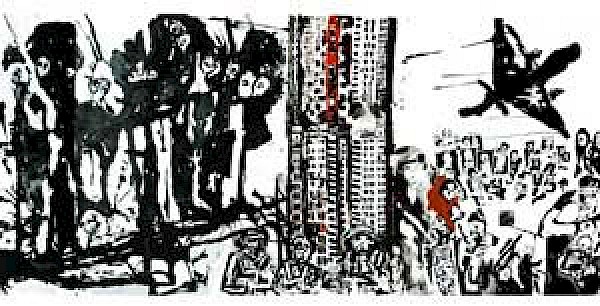 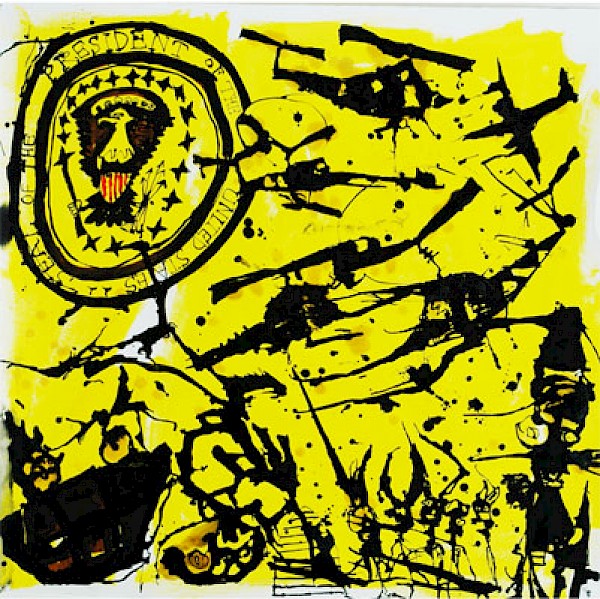 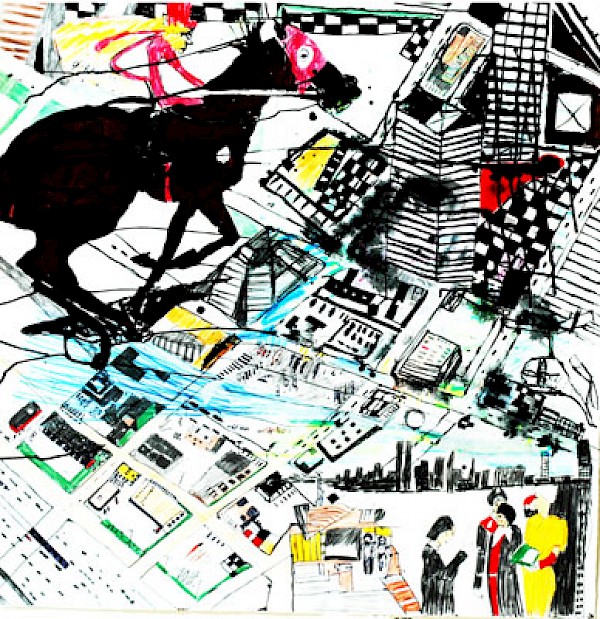 The End is Nigh

Locusts don't tend to bring good news. The artist Locust Jones is no exception. His solo show, Delta Park, can't quite compare to a plague of biblical proportions, but his manic ink drawings are like 21st-century harbingers of doom

The expat Kiwi uses frenzied brushstrokes and spattered blobs of ink to paint a grim picture. Jones's tour de force is History Lesson, scrawled across six metres of paper. Terrorists, both freelnace and state sanctioned, subjugate the people. Fascist dictators sport those natty little hats they like so much, while piles of human skulls pour from office blocks.

Jones tackles the big picture head on; his epic drawing is a tortured condensation of everything that is wrong with the world. Climate change and war morph together in his huge dark inky blobs, a toxic blend of apocalyptic mushroom clouds and the ghosts of old growth forests. In History Lesson, the polar ice caps melt, blood runs on the streets and the world steadily goes to hell.

In Breaking Laws, Jones point the finger at the world's dominant power. The US presidential seal hovers over a scene of brutal destruction. Menacing black helicopters mimic technological angels as they darken a bright yellow sky and incinerate tiny stick figures below.

Jones can also be more subtle. In No Other Way Around It, a red-and-black grid crumples and turns into a trap, a twisted maze. In War of Spin, hot bright abstract shapes speak volumes without words. In Where is the Dissent in This Country?, Jones couldn't resist asking the bleeding obvious.